A cookie is information stored on your computer by a website you visit. Cookies often store your settings for a website, such as your preferred language or location. This allows the site to present you with information customized to fit your needs. As per the GDPR law, companies need to get your explicit approval to collect your data. Some of these cookies are ‘strictly necessary’ to provide the basic functions of the website and can not be turned off, while others if present, have the option of being turned off. Learn more about our Privacy and Cookie policies. These can be managed also from our cookie policy page.

Getting to the core of the issue 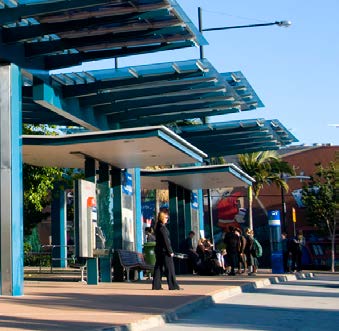 Is the better solution to congestion on our roads improved infrastructure or new jobs?
These are among the questions to be addressed by Redlanders as the city becomes the first in Queensland to engage in a community conversation about local traffic needs, solutions and how they should be funded.
Councils are being encouraged by the State Government to talk with residents about their specific traffic concerns as it prepares to release its new State Infrastructure Plan and launches its Queensland Tourism and Transport Strategy Discussion Paper, which asks communities for ideas on how to
deliver seamless and connected travel that contributes to a positive holiday experience.
At the core of the Redlands’ conversation is identifying exactly what the problems are for residents and to define the community’s expectations, as well as investigating how advances in technology can influence solutions.
Say, for example, the challenge is how to move 50,000 people a day between Brisbane and the Redlands, where about 60 per cent of the workforce works outside the city. Is the core
problem that the road is insufficient or is it more related to public transport, work practices or the need to create local jobs?
Trying to relieve traffic congestion by building another road may not address the root cause, which may be the need for more meaningful jobs in the Redlands.
Latest thinking suggests technology and the progression of the digital economy will have a dramatic impact on the infrastructure needs of the future.
Take the hypothetical case of a remote community which needs improved medical services. The better solution might be to invest in a tele-health link rather than upgrading a hospital.
The issues faced by island residents present another example. Is the problem the lack of a bridge or is it that services available on the island are insufficient? These are two different conversations.
All communities are being faced with the similar issues as the cost of infrastructure continues to rise along with their expectations, while the ability to fund that infrastructure diminishes. Infrastructure decisions increasingly need to be guided by finding cost-effective ways of delivering the services that are actually needed rather than looking first to a new-build solution.
Providing infrastructure to modern communities requires a “whole of life” strategy in which the projects which are needed are not only clearly defined but funded, with a strategy as to how they can be delivered quickly and then properly maintained.
But first it is importantly to determine how to get the best use out of the existing asset base before spending more money adding to it. How that can be achieved is at the heart of the “Redlands on the move” community conversation – it is about zeroing in on what actually matters and what is going to benefit the community to inform rational decision-making rather than hoping for a “magic
pudding’’ solution.
Share on Facebook Share on Twitter Share on Linkedin Email this link