Please review and manage the Cookie settings below. Apart from 'Strictly necessary cookies', you can change other cookie settings if present, at any time by clicking the 'Cookie Settings' link in the footer of the page.

You need to be signed in to add your comment.

As I drove over the hill on Boundary Road, trees stretched out far into the distance eventually giving way to a deep blue ocean where pastel coloured islands rose up on the horizon. I still couldn’t believe this incredible scene was only half an hour from where I had lived my whole life and yet I almost never found out about it. Fortunately, a local youth pastor had invited me to visit his church and, on my first visit, I decided I was home.

I re-lived that feeling as I drove down Boundary Road once again after 6 months studying abroad in Japan. I had come back with a new appreciation for everything I saw in the Redlands: the trees, the bay and, in particular, a youth leader with sandy brown hair and a cheeky smile.

Over the next four months I fell head over heels in love with this good looking South African. He was smart, he was charming and he also seemed to be completely oblivious of my affection for him. Fortunately, I had made many friends since becoming an honorary “Redlander”, and I had several eager volunteers ready to play the role of matchmaker.

On Easter Friday in 2012, I received a text asking if I would like to join a group of young adults on a trip to Straddie, and it was with great despair that I explained I was out of town and couldn’t make it. Little did I know that my friends were hard at work in the backseat of that white Jackaroo as it bounced over the sand dunes of Stradbroke Island.

“Everyone was pitching in,” one friend recalls, “but eventually someone just called out, ‘You know she’s into you right?’ ”

On Saturday night, I received another text: “Would you like to go on a picnic tomorrow?” My eyes filled with tears of joy. A date! He had asked me on a date; my very first date.

After church, I asked him where we were going. “Just follow me,” he said with a grin. So, I followed him. I followed him on main roads and down side streets, through the Cleveland shopping district and all the way to Cleveland Point. “Surely this is where our picnic will be,” I thought to myself, looking around at the crowd of happy faces enjoying the beautiful sea breeze. However, as we completed the loop around the point and started driving inland once more, I realised that this particular South African had other ideas.

I continued to follow that white Jackaroo back down the road and through a few more side streets until I was utterly and completely lost. After all, I didn’t know the Redlands that well. Where was he taking me? Finally I caught sight of the water again and realised that we were in a dead end road. I looked around at the quiet little park with its single picnic shelter and tiny playground until I spotted a sign revealing what this mystery destination was called: Oyster Point.

I was so happy to finally be on a date with him that I didn’t even mind how many of the dishes included pumpkin, or how our romantic stroll included taking my shoes off and walking bare foot on the mud flats. In fact, when we got married 8 months later on a friend’s acreage in Sheldon, neither of us wore shoes. I guess it sums up what kind of life we have created here in the Redlands over the past 5 years. Like two pairs of bare feet walking out on the mud flats, our life is simple, natural and always open to adventure. 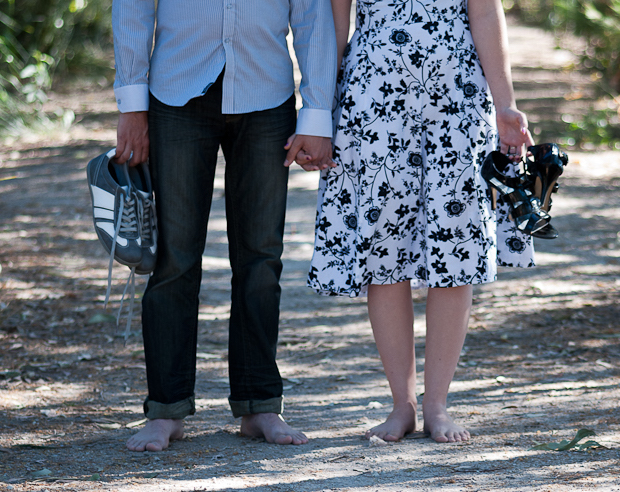 Where The Past and Fut...

It is said that the present is simply a mirror reflecting the past! It is also said that you sh...
Next story

I can't really remember how my love affair with the Redlands started, I know I was only a very li...
0 comment
Recently active Posted first